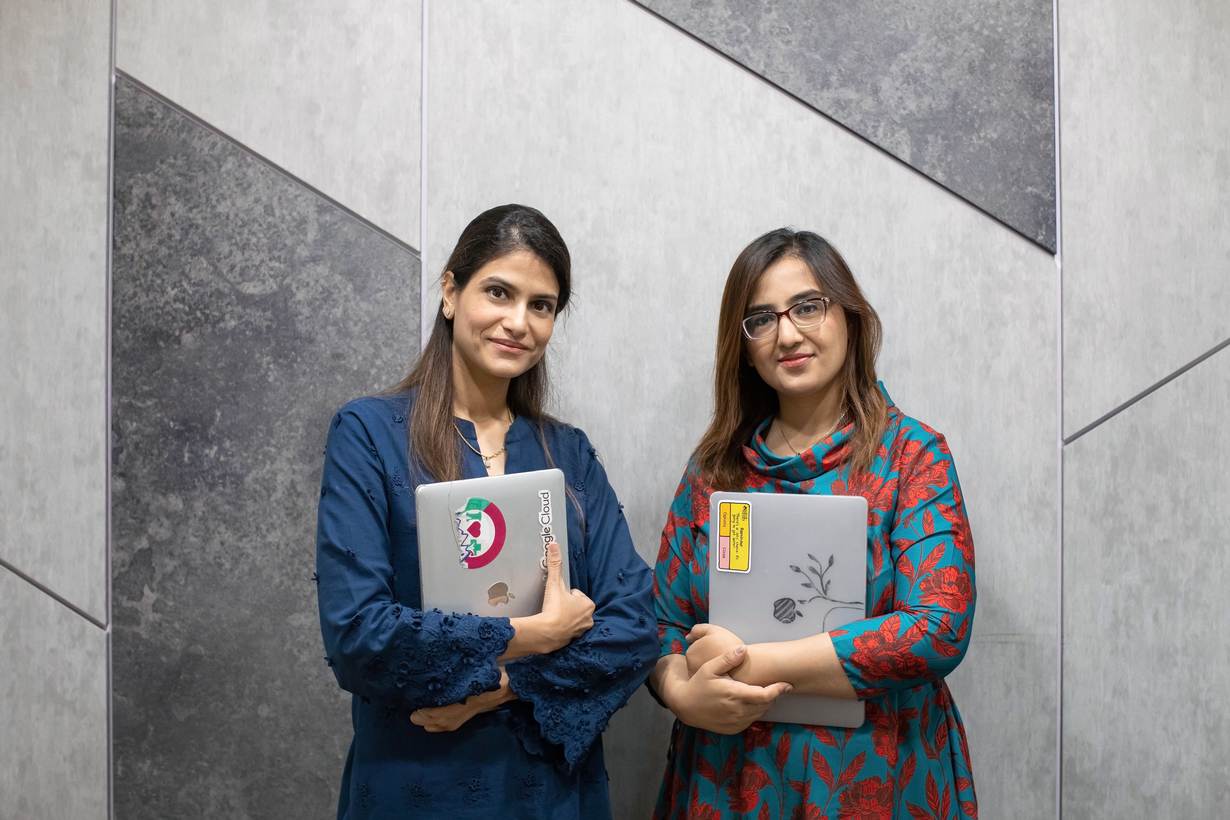 From sexist investor questions to missing late-night meetings, these Pakistani businesswomen are fighting an uphill battle to break into the health tech industry

KARACHI, Pakistan, April 28 (Thomson Reuters Foundation) – After surviving a car crash that left her hospital-bound and unable to walk for months, Saira Siddique embarked on a mission: making health care accessible to Pakistanis.

The 45-year-old left her high-profile job in government health to pitch her app linking doctors and patients by video to investors.

Months later, with COVID-19 hurting businesses across Pakistan, Siddique’s firm, MedIQ, burst on to the scene as the country’s first “virtual hospital”.

“(The pandemic) really gave a boost to my company,” said Siddique.

With face-to-face doctors’ appointments restricted due to contagion risks, Siddique’s company, connecting patients across Pakistan with doctors and pharmacies, was suddenly in demand.

MedIQ served 16,000 patients in its first six months. Almost two years on, the number has increased by nearly 20 times.

Siddique is one of a growing number of women in Pakistan who are defying conservative gender norms by jumping into the health tech industry.

Saira Siddique, founder and CEO of health tech company medIQ, poses for a photo at her office in Islamabad, Pakistan on April 14, 2022. Picture courtesy: medIQ

“Running a startup business is like riding a bull,” she told the Thomson Reuters Foundation by phone from the capital Islamabad.

“You never know which way or how hard it’s going to buck.”

Others are blazing a similar path.

Two entrepreneurs in Karachi wanted to use the untapped potential of tens of thousands of so-called “doctor brides” – women doctors who quit their medical practise after marriage in a country where millions have no access to medical care.

In the country of some 210 million the doctor-patient ratio stands at just a little over one for every 1,000 patients, according to the World Bank.

Countries such as the United States, Japan and Brazil have more than two doctors for every 1,000 patients, while Britain has nearly four.

The pair has set up dozens of ‘e-health clinics’ in low-income communities where, for as little as 80 rupees ($0.43), a patient visits a nurse who uses the online platform to reach a doctor.

Khurram said they provided free consultations during COVID-19 after the government sought their help – a task made possible by their team of 7,000 doctors, many of whom are former doctor brides.

The phenomenon of doctor brides remains pervasive with many families encouraging their daughters to study medicine not for a career, but to bolster marriage prospects.

More than 70% of the country’s doctors are women, but only half will ever practise, according to the Pakistan Medical Commission.

From domestic violence to anxiety over job losses and grief of losing family members to Covid-19, requests for virtual appointments on ReliveNow, an online mental health care platform, surged during lockdowns.

Amna Asif, its founder and CEO, said most of the clients were women, including single mothers, struggling to juggle children while working from home.

“This put us on the radar, and helped increase our sales,” said Asif by phone.

Founded in 2018, ReliveNow has clients – 80% of whom are women – in dozens of countries including Pakistan, Britain, Canada and Australia.

But the road to success for firms like MediIQ and Sehat Kahani has been paved with misogyny, stereotypes and discouragement.

Entrepreneurship has long been a boys’ club that rarely opens its doors to women in Pakistan where they are typically home-bound while men work and call the shots.

Businesswomen say they have to work twice as hard to be taken seriously and are scrutinised far more than their male peers.

“There is a perception that women cannot start a successful business, let alone scale it up,” said Siddique, adding that she had to pitch to nearly 140 investors – twice as many as men usually do.

Venture capitalists, nearly all of whom are men, frequently asked Siddique why she didn’t have male co-founders. Sehat Kahani’s Khurram was asked to be accompanied by a man in future meetings.

Her business partner Aga was pregnant with her second child when a prospective investor told her that he would invest only if he got a 70% share of the firm.

“On top of that he advised me to take care of (the) kids and my home and not take on so much stress,” she said as Khurram recounted how another asked her what she would do if she had to pick between her family and business.

Aga said she had to decline several late night meetings over coffee or shisha.

“Many fundraising deals are clinched in a lighter, more informal environment after dinner or over a smoke,” said Siddique of medIQ.

That may explain why there are so few businesswomen in Pakistan.

Despite the pandemic, 83 startups in Pakistan raised $350 million in 2021 – more than five times the amount in 2020 – according to a report by Islamabad-based invest2innovate, a consulting firm that supports early-stage enterprises in emerging markets.

But only 1.4% of all investments raised in the past seven years were by solely women-run startups, it found.

“As investors it’s important to be more aware of … unconscious biases,” she said, adding that the first step was to rethink “how we speak to women founders who are fundraising”.

ReliveNow’s Asif said she has her male employees present the pitches.

“I am the brain behind them,” she said.

That’s why it is important for women investors to join the fray since they are more likely to invest in women-led businesses, said Shaista Ayesha, CEO and director of impact investor SEED Ventures.

“(They) understand their struggles and what a woman has gone through to be there, and would be more willing to offer assistance and mentoring,” she said.

Plus, she said, women find it more comfortable to pitch to female investors.

But Asif faces a double bias, with investors reluctant to fund a startup that works on mental health in a country where there is still a lot of stigma associated with mental illness.

“It has been extremely difficult to find investors,” she said, adding that the absence of a mental health authority exacerbates the problem of legitimacy.

While other women in the industry forecast their companies’ growth in the millions, ReliveNow, which largely survives on revenues, grants and awards, may be forced to shut shop, said Asif.

Also from the series: