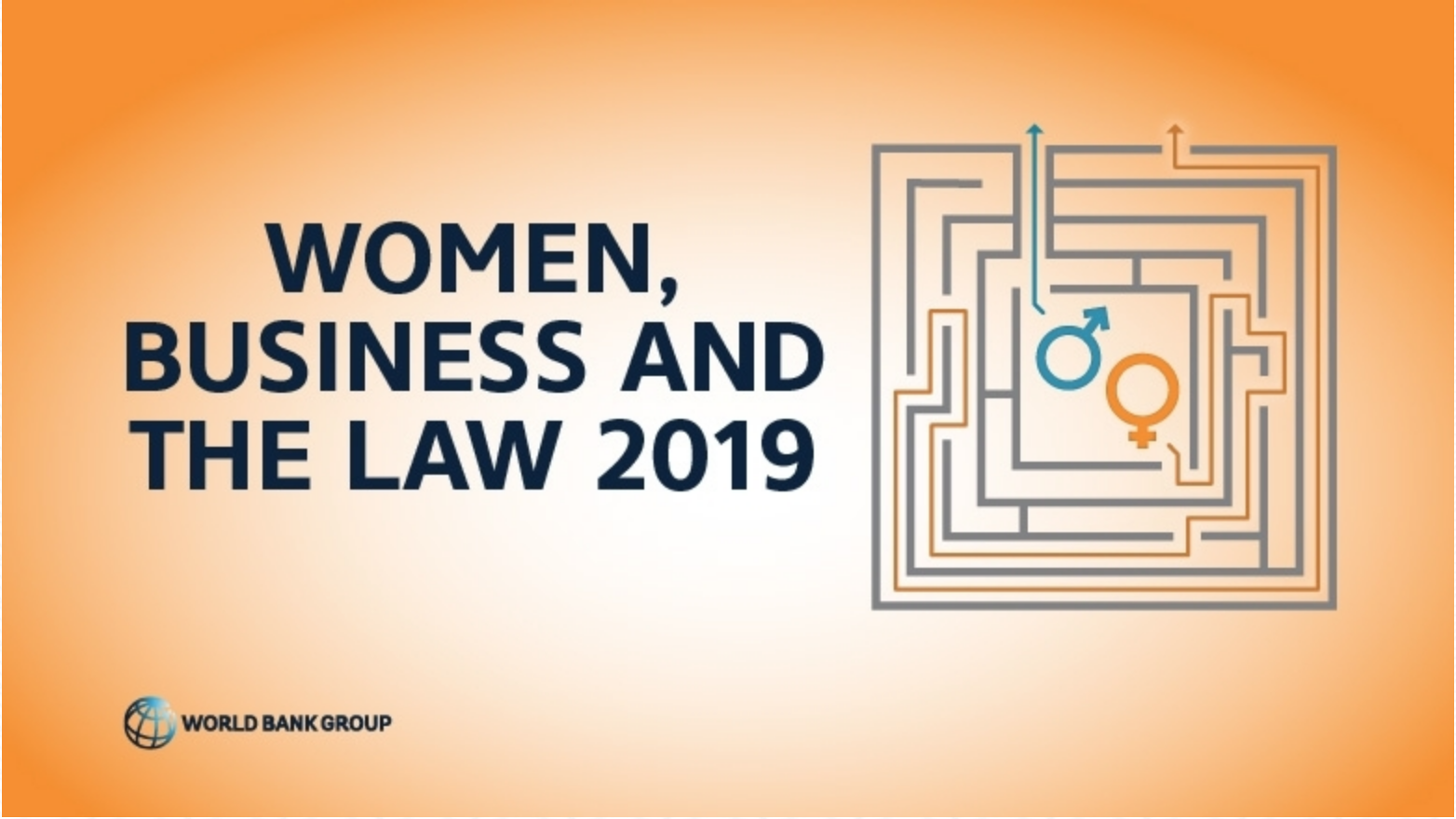 World Bank publishes the Women, Business and the Law Report 2019: A Decade of Reform

One of the most powerful tools women have to build a better future for themselves, their families and communities is starting their own business. Yet in most countries around the world, women still face legal, structural and cultural barriers that prevent them from realizing their full economic potential. Changing laws alone will not solve the problem but it’s a good place to start. When gender equality is enshrined in law, it allows women to make the choices that are best for them, their families and their communities.

The Women, Business and the Law Report 2019: A Decade of Reform was announced by the World Bank Group on February 27, 2019. The report measures how laws affect women throughout their working lives through an index taking into consideration eight important categories ranging from how laws and regulations impact women’s pay to freedom of movement to constraints on women in starting and running a business.

The data looks at today’s numbers but also backwards over ten years to see how laws impacting women’s equality of opportunity have evolved over time.

Key takeaways from the report include: