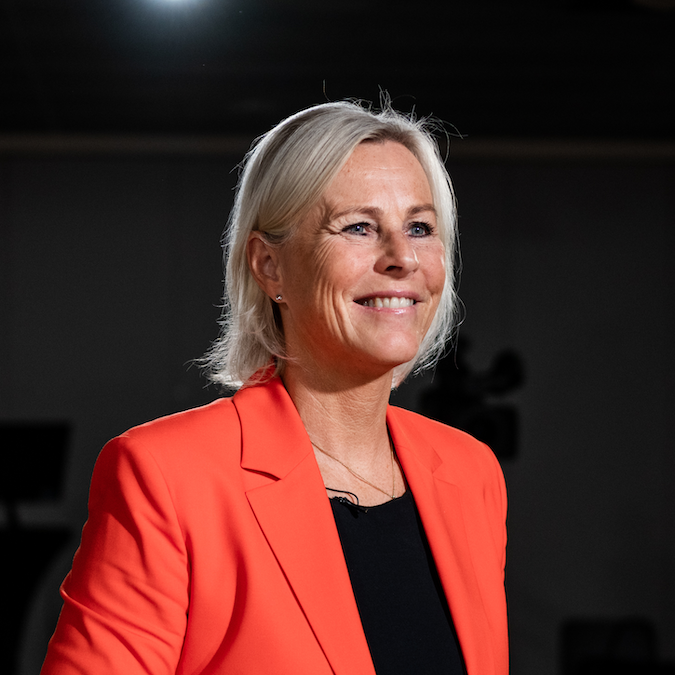 Tone Lunde Bakker is CEO Exportfinance Norway. She also serves as Head of General Assembly and Head of the Nomination Committee for Equinor ASA (fr. Statoil).

Ms. Bakker has over 30 years of experience in managerial and executive positions in the Nordic banking industry and has built a broad and strong network within the Norwegian business community. Prior to her current role, she held several positions at Danske Bank including as Global Head of Cash Management, Director of Corporate Banking Norway, as well as Country Manager and Head of Corporate and Institutional Banking. She was part of the management team responsible for establishing Danske Bank’s Commercial Banking operations in Norway, and was responsible for growing the division to the third largest Commercial Banking outlet in the Norwegian market. Ms. Bakker also held positions in SEB Norway, Christiania Bank and Kreditkasse (now Nordea).

Ms. Bakker has contributed to the good corporate governance of many Nordic financial institutions. She is a current board member of the Norwegian-Swedish Chamber of Commerce and of Finance Norway. She has also served as a board member to Eksportfinans ASA, Danica Pensjonsforikring AS, Korgsveen eiendomsmegling AS, Sunaasstiftelsen, SEB Kapforvaltning AS, SEB Privatbanken AS, and Danske Capital Norge.

Ms. Bakker is an Authorized Financial Analyst by the Norwegian School of Economics and Administration, and holds a Double Bachelor’s Degree in Business Administration from Arizona State University. She is married with three children.