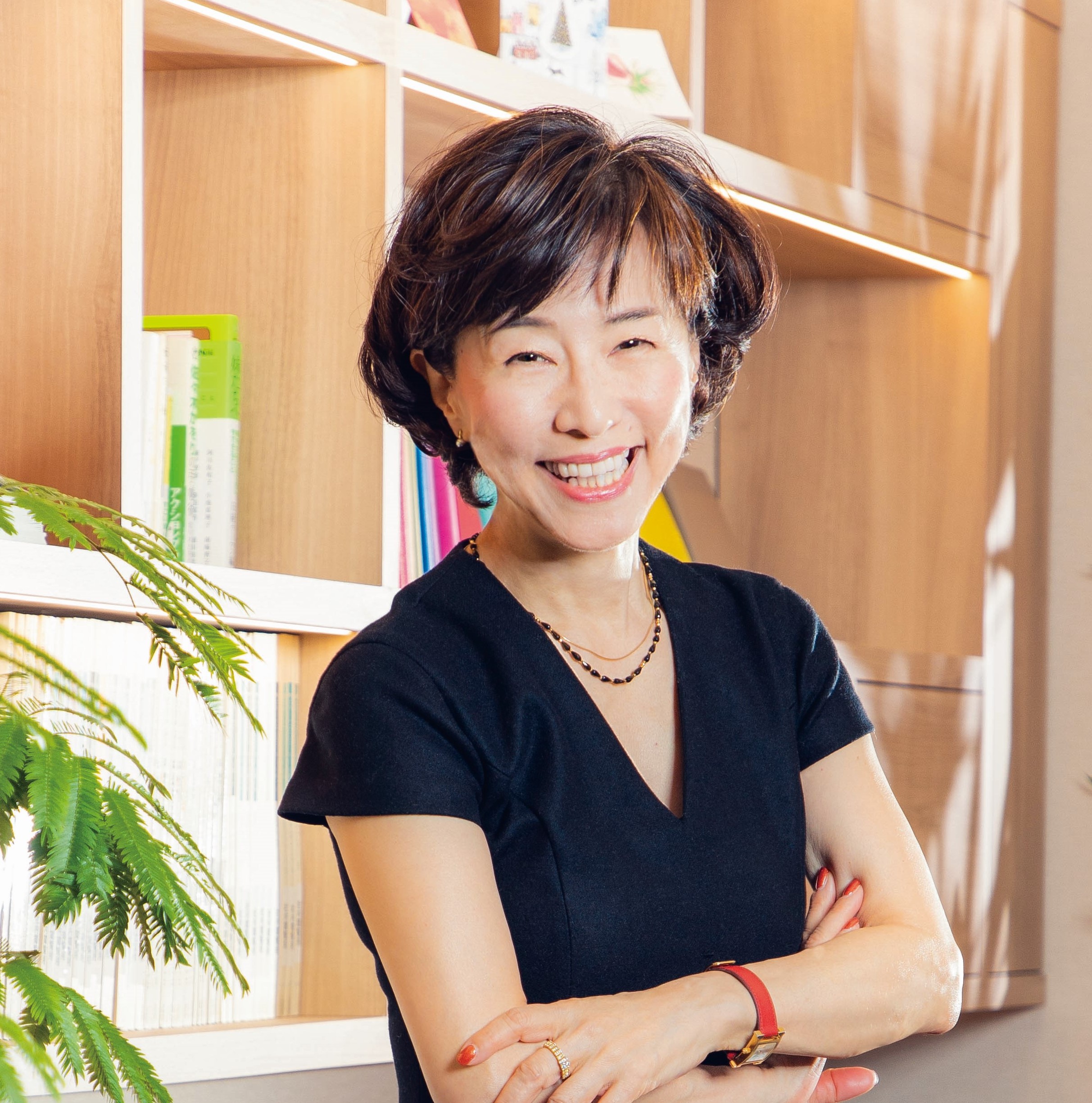 Chair, the JAPAN Chapter of the Women Presidents’ Organization (U.S.)

In 1987, Kaori Sasaki established UNICUL International, Inc. (www.unicul.com), a communications consultancy that offers a full suite of services, including and translation/interpretation in 70 languages, executive media training, and website/social media support. Known as an internet pioneer, she opened the first portal for women in Japan in 1996. In 2000, she founded ewoman, Inc. (www.ewoman.jp), an influential think tank and diversity consultancy that provides marketing, branding, product development, and training to major corporations.

Through her work as a diversity expert to companies throughout Japan, she saw the need for a system to measure and reward companies for their diversity efforts. In 2019, she inaugurated the “Diversity Index”, which measures the diversity of an organization against its corporate performance and provides training to member organizations.

Since 1996, Ms. Sasaki has produced and chaired the International Conference for Women in Business  (www.women.co.jp/conf/), the largest diversity conference in Japan. With a satisfaction rate of 99%, the ICWB is attended by ministers, government officials, and influential businesswomen and men from Japan and abroad.

Ms. Sasaki currently serves on the boards of directors of KOBAYASHI Pharmaceutical Co., Ltd., Japan Post Co., Ltd., and AGP Corporation, and on advisory boards and management councils for several major organizations, including the National Museum of Nature and Science (Tokyo), Sony Foundation for Education, and The Internet Association of Japan. She is Chair of the JAPAN Chapter of the Women Presidents’ Organization (U.S.), the global organization for women, presidents, CEOs, and managing directors.

Conscious of her civic duty, Ms. Sasaki is starting her second term as the Japanese Champion of We-fi (Women Entrepreneurs Finance Initiative) Leadership Group led by the World Bank Group. She served on the W20 Steering Committee and for the past two decades has been serving on numerous Ministry councils, including the Regulatory Reform Council of the Cabinet Office (appointed by Prime Minister Abe).

A well-known diversity expert, best-selling author, and sought-after commentator who appears regularly in the Japanese media, she has made over 1700 speeches about diversity management, time management, work-life balance, and new methods of marketing to smart consumers in Japan and overseas, including OECD and APEC conferences.

Ms. Sasaki has written several best sellers including “Time Management” and “Seven Concepts for a More Rewarding Life.” Asahi Shimbun credited her with creating the day planner boom in Japan with her “Action Planner,” a perennial best seller. She has lectured at the University of Tokyo, Kobe University, and currently  at Sophia University.

She has won numerous awards, including the Entrepreneur Special Award by Japan New Business Conference; the Best Mother Award, by Japan Mothers Association; and the USA’s Stevie Award for “Best Innovative Company of the year”.

Ms. Sasaki received a Bachelor of Arts from Sophia University in Tokyo and an honorary doctorate degree from Elmira College in New York.