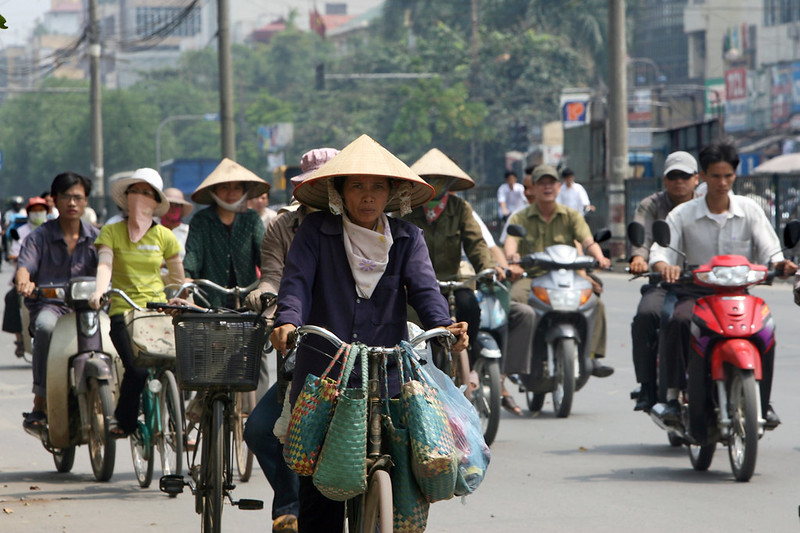 Nguyen Thi Huyen, CEO of Vinasamex, runs a company that specializes in processing and exporting cinnamon and star aniseed.

Cinnamon is one of the first traded spices in the ancient world – going back as early as 3000 B.C. in China. Vietnamese cinnamon—also known as “Vietnamese cassia” —is harvested from the Cinnamomum Loureiro tree bark and has a more pronounced flavor than other varieties.

When Huyen took over her family-run factory in Lang Son province in 2013, she transformed the small cinnamon production facility into an organic spice production value chain with international standard certification. By 2019, the company cultivated over 700 hectares of cinnamon grown by 500 smallholder farmers. Her ambition to expand the company into one of Vietnam’s leading organic spice companies prompted her to seek additional finance. She applied for a loan with a Vietnamese bank, Oriental Joint Stock Commercial Bank (OCB).

In Vietnam, the Small and Medium Enterprises (SMEs) financing gap relative to potential demand is large, at 68 percent, and 57 percent of formal SMEs have no access to finance, with women-led SMEs more impacted. This is caused by the lack of formal financial accounts or collateral to access and manage SME credit risk adequately, the high perceived cost to finance SMEs, and a lack of products or services targeting the needs of WSMEs. So, when a female entrepreneur is strapped for cash and reaches out to a bank or financial institution for support, the typical response is reluctance. 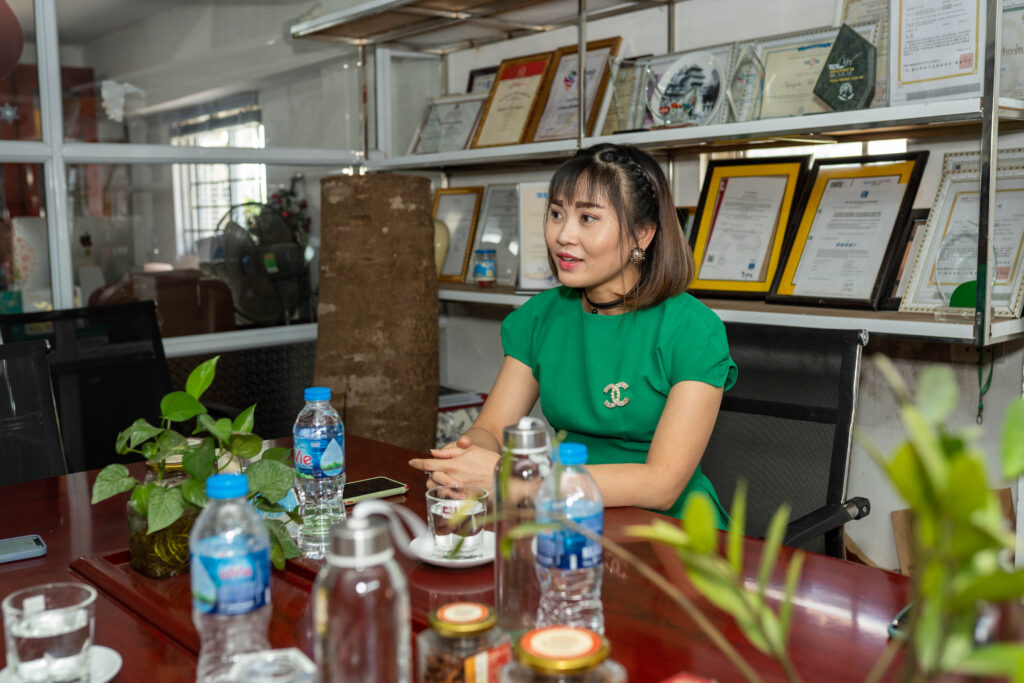 The project, executed by OCB, expands lending services to underserved WSMEs in Vietnam. In addition, the advisory support, which is part of the same project, provides trade and supply chain financing capacity building and technology solutions to help OCB better serve WSMEs through its network of 120 branches throughout the country.

Huyen was amazed by the professionalism and cooperation received at OCB. And with the first $300,000 loan received from the bank in 2019, Huyen has been able to scale up her company.

In two years, her farm has grown to 2,200 hectares receiving supplies from 1,500 smallholder farmers, of which half of those are ethnic minorities. These workers are trained in new organic farming practices and earn four times more than on the regular market. In 2020, Vinasamex exported $8 million worth of cinnamon, star aniseed, ginger, and pepper to Japan, Korea, and Europe markets. When Covid-19 disrupted commercial activities and drove up unemployment in Vietnam’s big cities, the company was able to hire many Yen Bai natives back to their hometown to work in the cinnamon fields.

“Women entrepreneurs are often overlooked and face challenges to financing, owning, and growing a business,” said Mr. Nguyen Dinh Tung, OCB Chief Executive Officer. “IFC’s financing package and the support of We-Fi has allowed us to reinforce the bank’s continued commitment to expanding lending to WSMEs. We believe that providing the requisite financial and banking services will increase financial inclusion for female enterprises.” The project will facilitate over $101 million in loans to WSMEs in Vietnam and play a catalytic impact in improving gender finance.