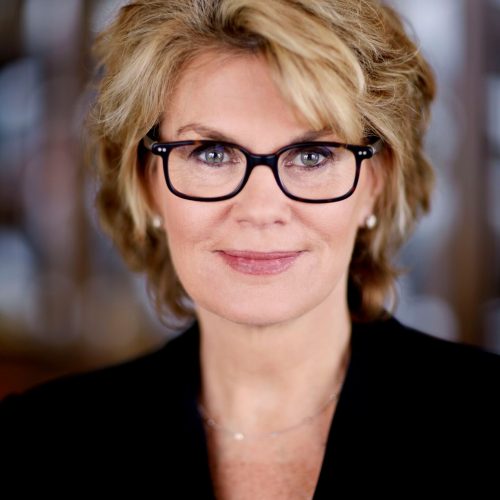 Anne M. Finucane is vice chairman at Bank of America and Chairman of the Board of Bank of America Merrill Lynch Europe. As a member of the executive management team, Finucane is responsible for the strategic positioning of Bank of America and leads the company’s environmental, social and governance (ESG) efforts. She focuses on the company’s outreach to shareholders on social and governance issues, implementing innovative ways to deploy capital and expanding on our environmental business opportunities in support of our responsible growth strategy. In addition, she oversees public policy, customer research and analytics, global marketing and communications.

Active in the community, Finucane serves on both corporate and nonprofit boards of directors including Carnegie Hall, the National September 11 Memorial & Museum, The Ireland Funds, the World Bank Group’s Women Entrepreneurs Finance Initiative (We-Fi), CVS Health, Brigham and Women’s Hospital, Partners Healthcare, and Special Olympics. She served on the U.S. State Department’s Foreign Affairs Policy board and is a member of the Council on Foreign Relations.

Finucane has received numerous professional and public service accolades. Most recently, she was named to Fortune’s Most Powerful Women List, Forbes’ Most Powerful Women List, and AdWeek’s 2016 Power List: Top 100 Leaders in Marketing, Media & Tech. In 2013, she received the New York Women in Communications Matrix Award and the International Women’s Media Foundation Leadership Award. She was named the 2013 Advertising Woman of the Year by Advertising Women of New York, and American Banker magazine annually names her as one of the “25 Most Powerful Women in Banking.”