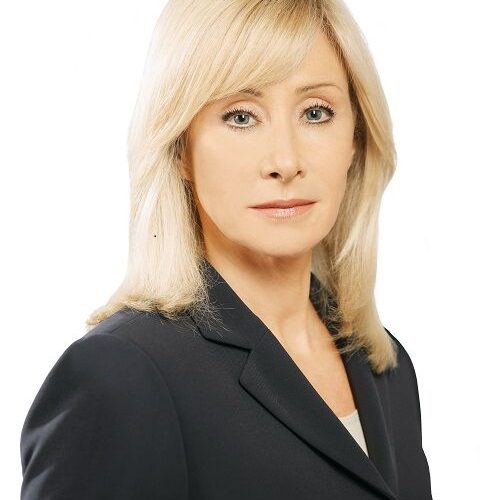 Oksana Pushkina has been a deputy for the State Duma of the Russian Federation Federal Assembly since October 2016, when she was elected from the electoral association titled “All-Russian political party “The United Russia”. She since serves as Vice-Chair of the State Duma Committee for Family, Women and Children.

Oksana Pushkina’s career started in journalism. During the period 1985 to 1991, she worked in the youth editorial office of the Leningrad Television Studio, releasing and hosting cycles of weekly TV programs. In December 1997, the channel of ORT TV broadcasted the author’s television project “Women’s Stories by Oksana Pushkina”. From 1999 to 2013, Oksana was an NTV anchor hosting her own weekly program “Oksana Pushkina’s Woman View”. Since February 2013, she hosted the program “I file for divorce”. In 2006, she participated in the figure skating TV show “Stars on Ice” broadcasted by Channel One, forming a couple with Olympic Games winner Alexei Yagudin.

Beginning from September 2014 on, she took an active part in the activities of the Moscow Region Public Chamber, heading the Commission on the General Public Quality of Living, Healthcare, Social Policy and Labor Relations. On June 18, 2015, she was appointed to a position of a Commissioner for Children’s Rights in the Moscow region by a resolution of the Moscow Regional Duma.

Oksana was awarded with the ‘Order of Friendship’ (2007) for her great contribution to the development of domestic television and long record of effective work. She is the “Olympia” national prizewinner for public recognition of women’s achievements, awarded in 2004 by the Russian Academy of Business and Entrepreneurship. Awarded a title of “Honored cultural professional” of the Republic of Karelia in 2017.

Oksana Pushkina was born on May 10, 1963 in the city of Petrozavodsk, Karelia, Russia. In 1985, she graduated from the Faculty of Journalism of the Leningrad State University named after A. Zhdanov. At present, she is schooling for a second higher education with the Russian Federation Presidential Academy of National Economy and State Service.